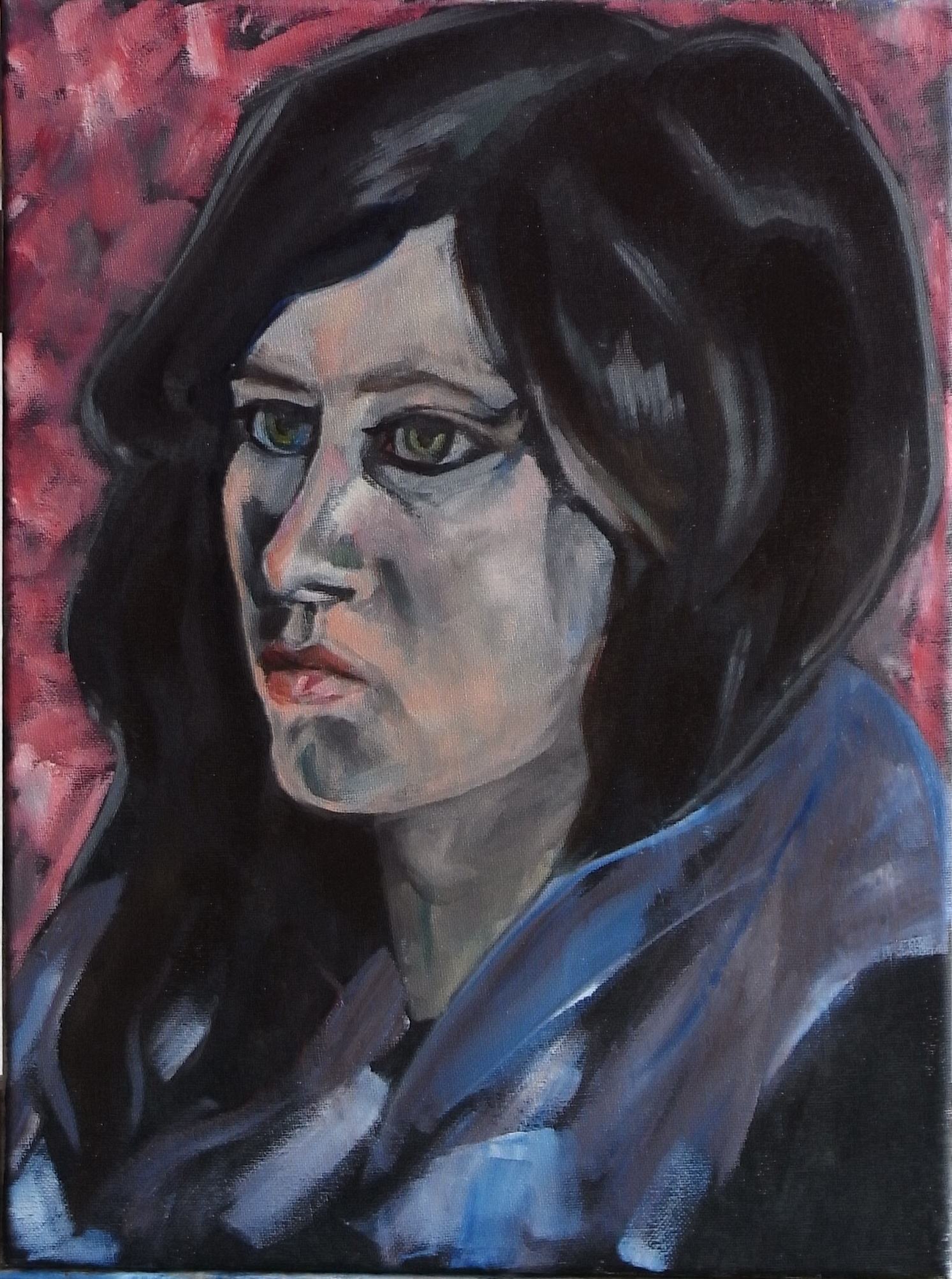 I made three paintings last week, and here are some pictures of them.

The first is the one that I liked the most, though it didn’t bear much resemblance to the model.  I had started with a very dark canvas with the idea that I wanted to see how dark colors pushed through light ones, and that it might give me a head start with the darker areas of the face.   At the start, the contrast of skin colors on the dark background seemed jarring, as the skin color seemed much too bright and it seemed as if the dark was not pressing through at all.  As I added more paint though, it became apparent that the dark was indeed present below the skin surface, and it gave me something to work with.  I would like to try underpainting on the next opportunity.

The second painting, I didn’t like much at all. I had struggled with the composition from the start, and ended up being not particularly happy with the one I chose.  It just seemed uninteresting, but I don’t really know what’s wrong with it.  Instead of abandoning it though, I did work on it some more on the last day, and the background did seem to help a bit, though it feels too indefinite.

Most of my time on the last day however was spent on a third painting that I had started on the third day. This one started with a white background, and instead of painting an outline, I started with the colors and details of the face and worked my way outward.  Initially, I was bothered by the somewhat kitschy appearance of the face – it looked a bit as if a sidewalk artist had done it – but that faded a bit as I worked on it, and although it still seems a bit bland, I have the feeling that I did what I could in the time I had.

This is not to say that if I had had more time that the paintings would all have been better.   I had the feeling that I did the best that I could given the experience I have.  Now I have some more experience, and I’m looking forward to my next paintings.