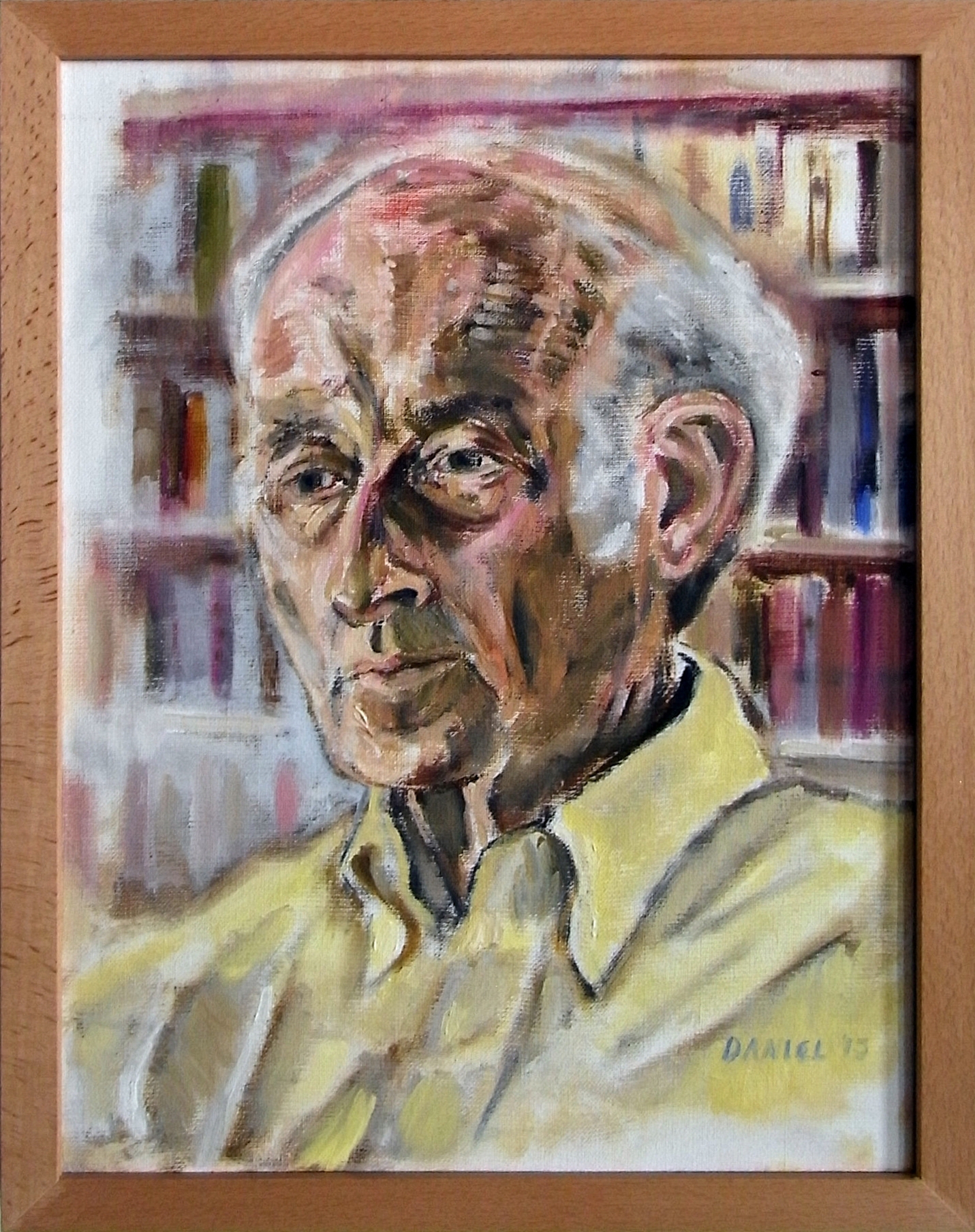 Getting to know the person you are painting

I had been wanting to paint a portrait of an older man for quite some time, and when I mentioned this to Jiska at the beginning of summer vacation, she immediately called her father and asked if he would be willing to sit for a portrait. As luck would have it, he was, and a week later Jiska and I were in his apartment setting up our easels.

The reason I wanted to paint an older man was because I hoped the evidence of an older man’s character would be more distinct, and also perhaps that an absence of vanity would make it easier to for me to remain true to my impressions. Of course an artist always aims to be true to his impressions, but it’s not necessarily easy.

I must admit that I find some people more interesting than others, and Jiska’s father is a person I found interesting. Making a portrait is something like an exercise in getting to know someone. Sometimes when you paint people, they basically sit still and you are left primarily with a visual impression. This was different. David didn’t sit still for an instant. He was very animated, telling jokes and telling stories and talking with us about religion, politics, science and math. I indeed have the opportunity to get to know him a bit.

On the first day, I made some exploratory drawings, none of which looked or felt much like him at all, but I did at least decide on a direction for the head. Here is the drawing on the canvas.

Usually, one does not go into such detail, but I was still exploring so it didn’t matter, and I wiped it off when I started painting the next day.Here is the painting as it progressed:

As the three days went by, it felt as if the image was getting gradually closer to what I thought David was like – thoughtful, wise, witty. I can’t help wondering how the portrait would have changed if I had had the opportunity to continue getting to know him. He said several times that he felt honored that we had come to paint him – I’m not sure why, but it certainly felt like a privilege to me.  Here he is in a photograph, standing next to the paintings we made.

A few weeks later, I worked some more on the paintings, adding a background of bookshelves.

2 Comments on “Getting to know the person you are painting”