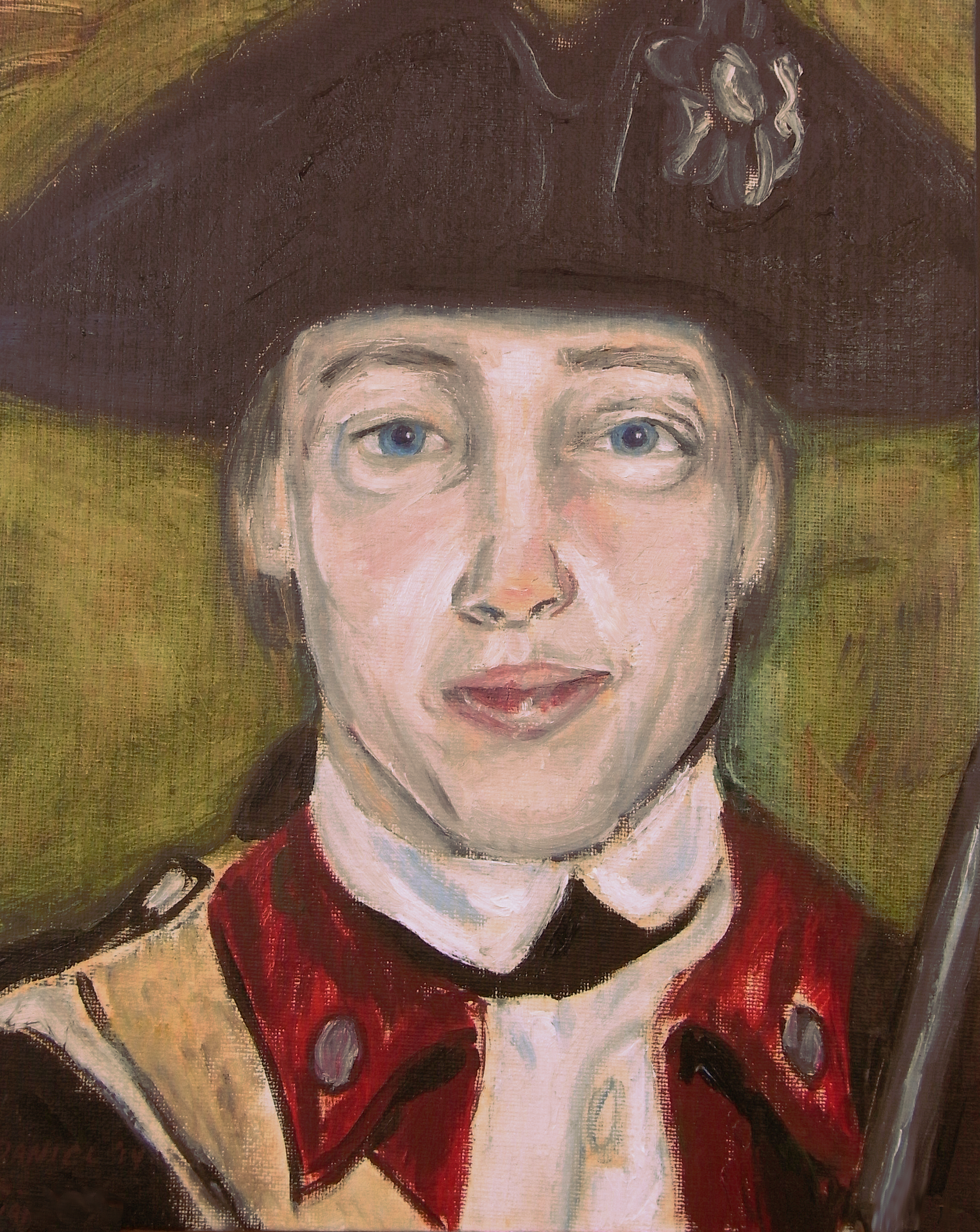 A Portrait from Photographs

I painted this for my sister Aurora as a way of supporting her interest in subverting gender barriers. It shows her in the garb of a revolutionary war soldier.

It was the first time I had tried to paint from photographs (I combined two to form the image). My other experiences were painting from a model and painting still lifes. One might think that painting from a photograph would be similar to painting a still life, but my sense is that it is less similar to a live portrait or a still life that those two are to each other. Although a still life does not move, the light in the room changes and the objects maintain their depth in a way that a photograph doesn’t. Both a still life and a portrait from life seem to ask the painter for an interpretation, a deliberate choice of emphasis in a was that a photograph doesn’t. A photograph bears its own claim for having made decisions about the image.

I did of course make some deliberate changes, both in subject and color, but it’s interesting to note how compelled I felt not to stray too far from the original images, and I found myself using smaller brushes than I was accustomed to. Despite the sense of being restricted by the photograph, I do like the careful quality of the painting, and to me it feels more lively than just a reproduction of a photograph.