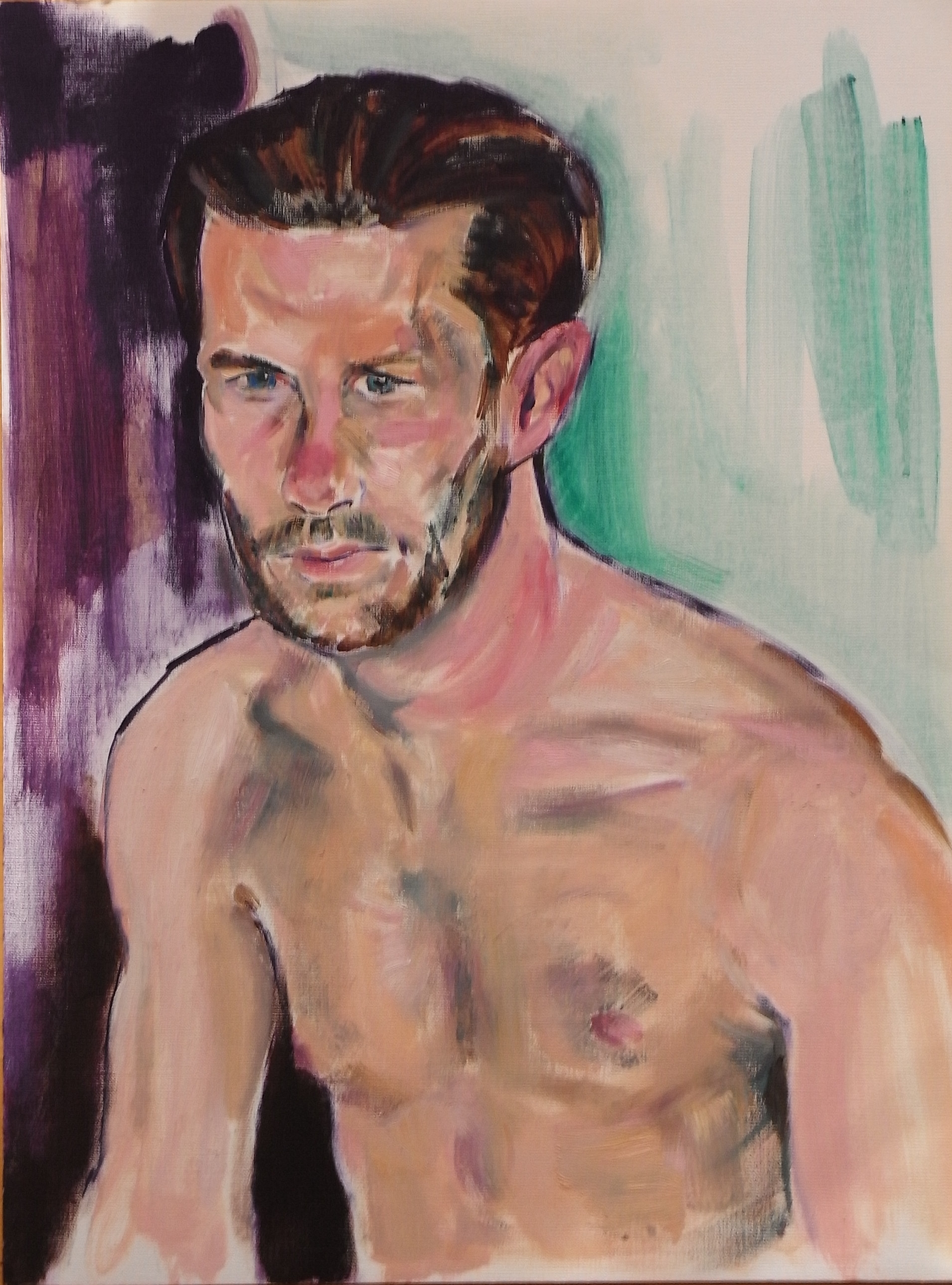 What is good art?

I painted this painting last week, and I liked it.

I did it in my friend Jiska’s atelier, where I and a few others go once a week to draw and paint from a nude model. Sometimes I’m happy with my work, sometimes not. So why was I happy with this one? Because it was good? What does that mean?

I showed the painting last night at Jiska’s jour fixe and asked people to tell me what they thought was good or not good about the painting. I wanted to hear what qualities people considered good, and whether they thought that criteria existed that could determine the quality of a painting.

In the discussion, some criteria was mentioned – does one find the subject interesting, does one feel inclined to look at the image, are the colors purposeful, do the marks on the canvas display consistency, will the image still be interesting to look at after one has seen it several times.

Among the critical comments, several points were mentioned: Inconsistencies, such as the painted quality of the body and the sketchy quality of it’s outline, or anatomical inaccuracy of the left shoulder. The unclear border between the face that the purple background. Whether the cut-off point of the torso made sense visually. The function and execution of the green background was perceived as inadequate.I felt grateful for these comments,as they gave me elements to consider for my next paintings.

In the ensuing discussion about the general validity of criteria, the composer Heiner made a comment that stuck in my mind : in the absence of generally accepted criterea, one must decide on one’s own. What are yours? What are mine?