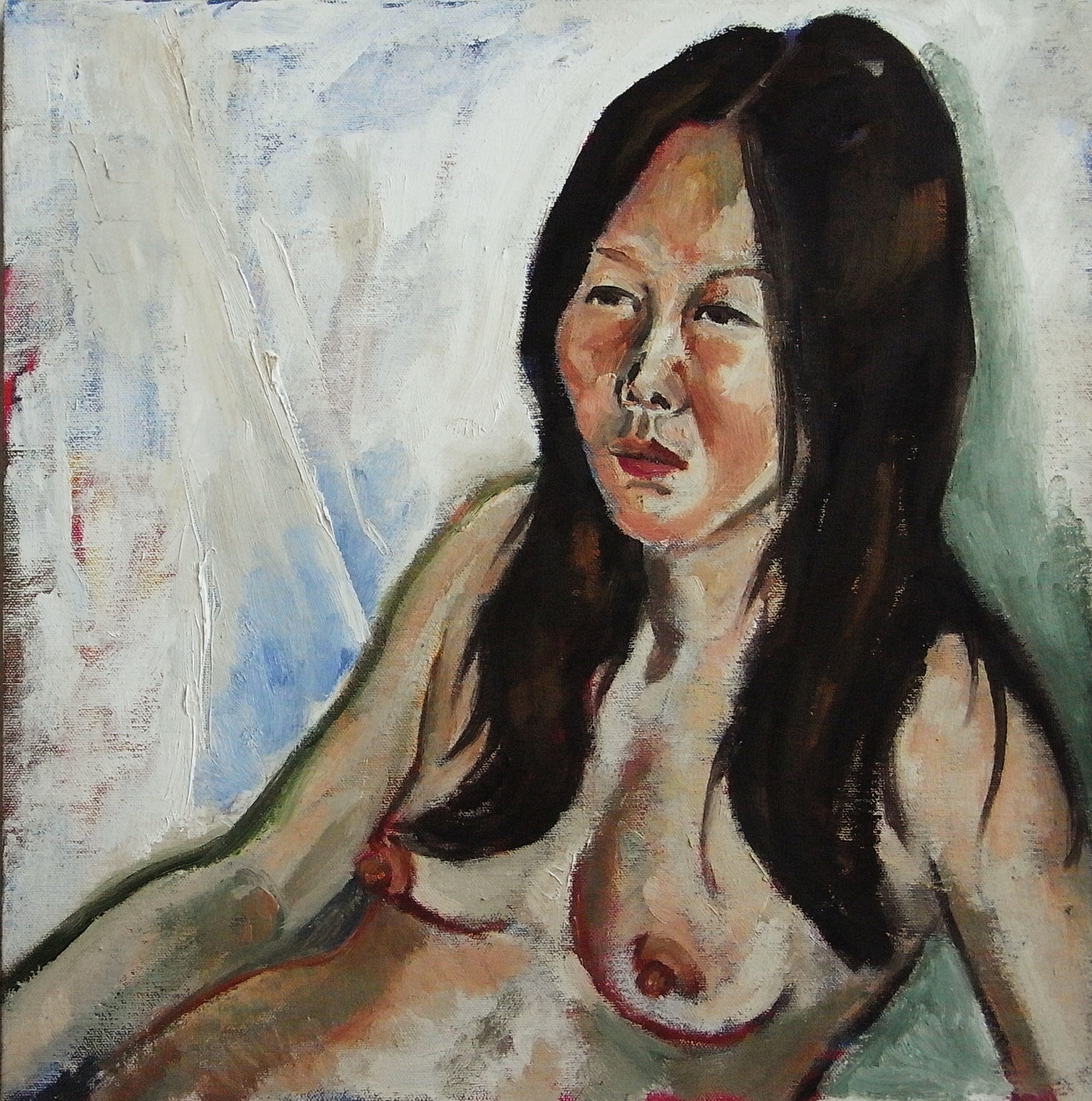 As I mentioned in my last post, I wanted to do some paintings with more visible brush action, and to that end I did a series of paintings which were painted over printed canvases. These canvases, which were given to me by an acquaintance, were printed with works of a painter whose name I do not know, but one who seemed to have been influenced by Picasso as well as by German expressionists. Painting over these busy and colorful images was quite enjoyable. I imagine that graffiti artists must have a similar sense of pleasure when painting over previously sprayed walls, claiming the space as their own.

Each of these three paintings was done in one 2 1/2 hour session (including breaks), which meant that I had to make quick decisions, using thick applications of paint. I mixed the skin colors with Titanium white to make them opaque. In the paintings of Birte and T., I covered the whole surface of the canvas with paint, but let some of the colors from the underlying image shine through. In the painting of Hoda, I left some of the original print uncovered. The painting of Birte was done after I had started the other painting of her. I find it interesting to compare the hair in the two paintings. In this fast one, the treatment of the hair feels more consistent – thick chunky brushstrokes.

These paintings all have a certain freshness to them that I like, though some of my decisions, such as the green outline in the painting of T. or the relics of the print in the painting of Hoda and in Birte’s hair seem somewhat arbitrary. In any case, the challenge of not having a virginal canvas as a starting point made me paint differently, and that was good.

As always, you can click on the images to see a larger version. 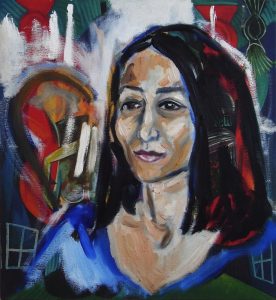 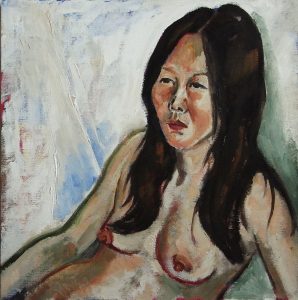 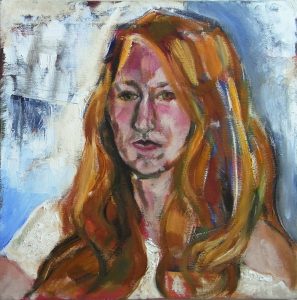