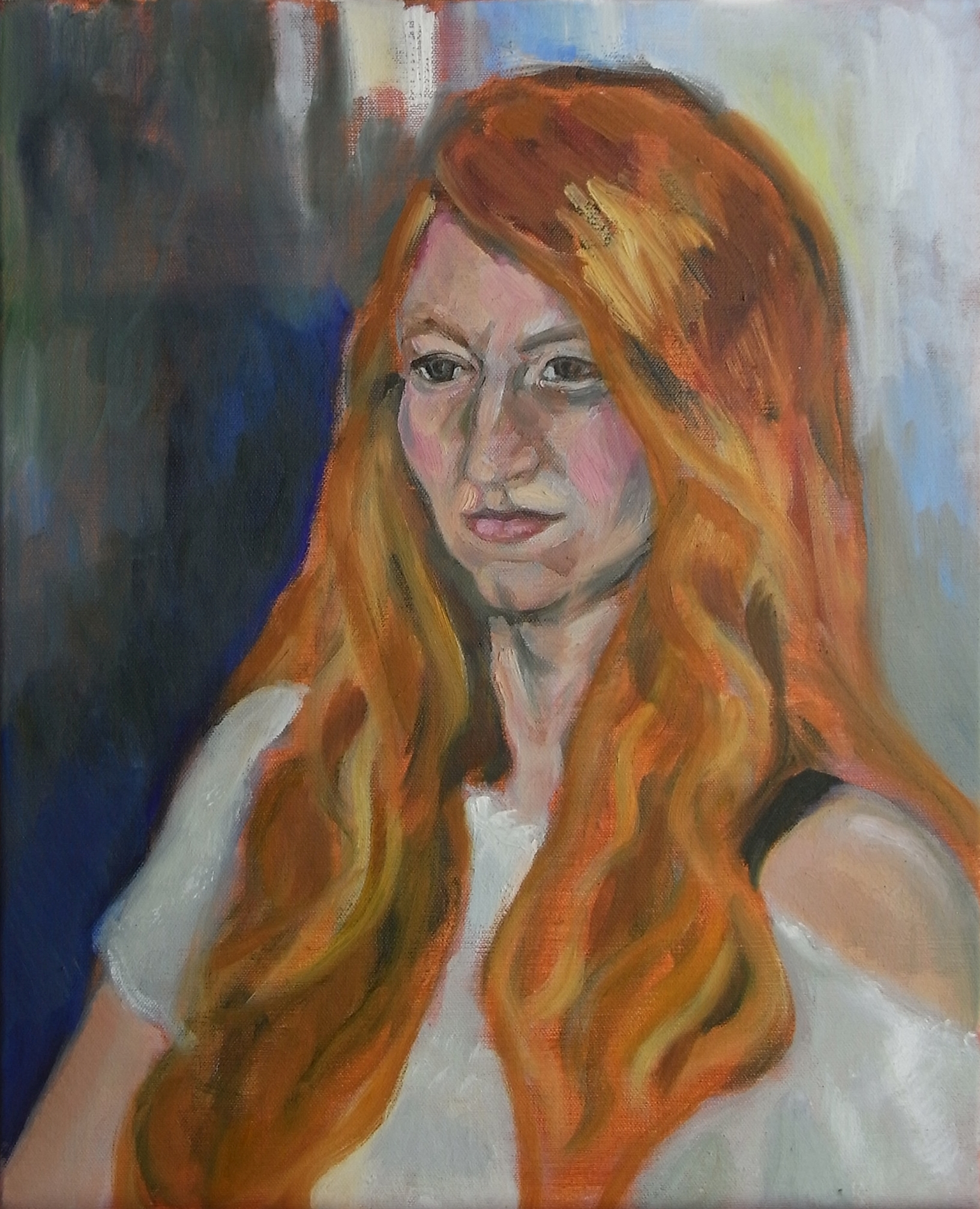 Similar to the painting of my father, this was done on an orange canvas, and the skin was underpainted with a mix of titanium white and terre verte.  In contrast to the painting of my father, I felt that the orange worked well, both for the color of the face and the hair.  Here are two photos of the painting next to each other.  The first was after one two and a half hour session, and the second was after another session of the same duration a week later: 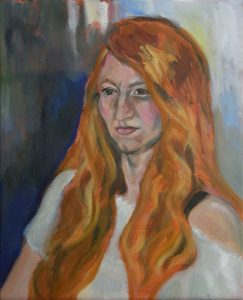 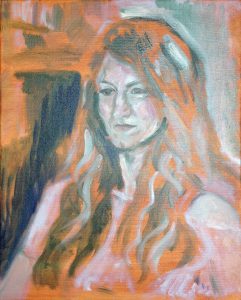 When I look at the two paintings now, I am struck by how much I like the work in progress.  In the finished version, the lower part of the hair has more the quality of an abstract shape than hair, whereas in the work in progress, the quick brushstrokes over the orange give a fresher  impression.  This also feels true for the left side of the background.  In the work in progress, there are some shapes and brushstrokes to look at, whereas in the finished painting, the shapes are mostly gone and instead the color has become more important. Also in the face, the visible brushstrokes give the painting a certain liveliness.  There are of course areas that I like better in the finished painting.  The colors of the hair and face feel right, and there is some interesting variation in how the hair is treated.  Also the softer quality seems more fitting to the subject.  Nonetheless, I am left with the feeling that I would like to see more evidence of brushstrokes.  In the next installment of my blog, I will show a series of three paintings in which I did just that.

2 Comments on “Painting of Birte.”