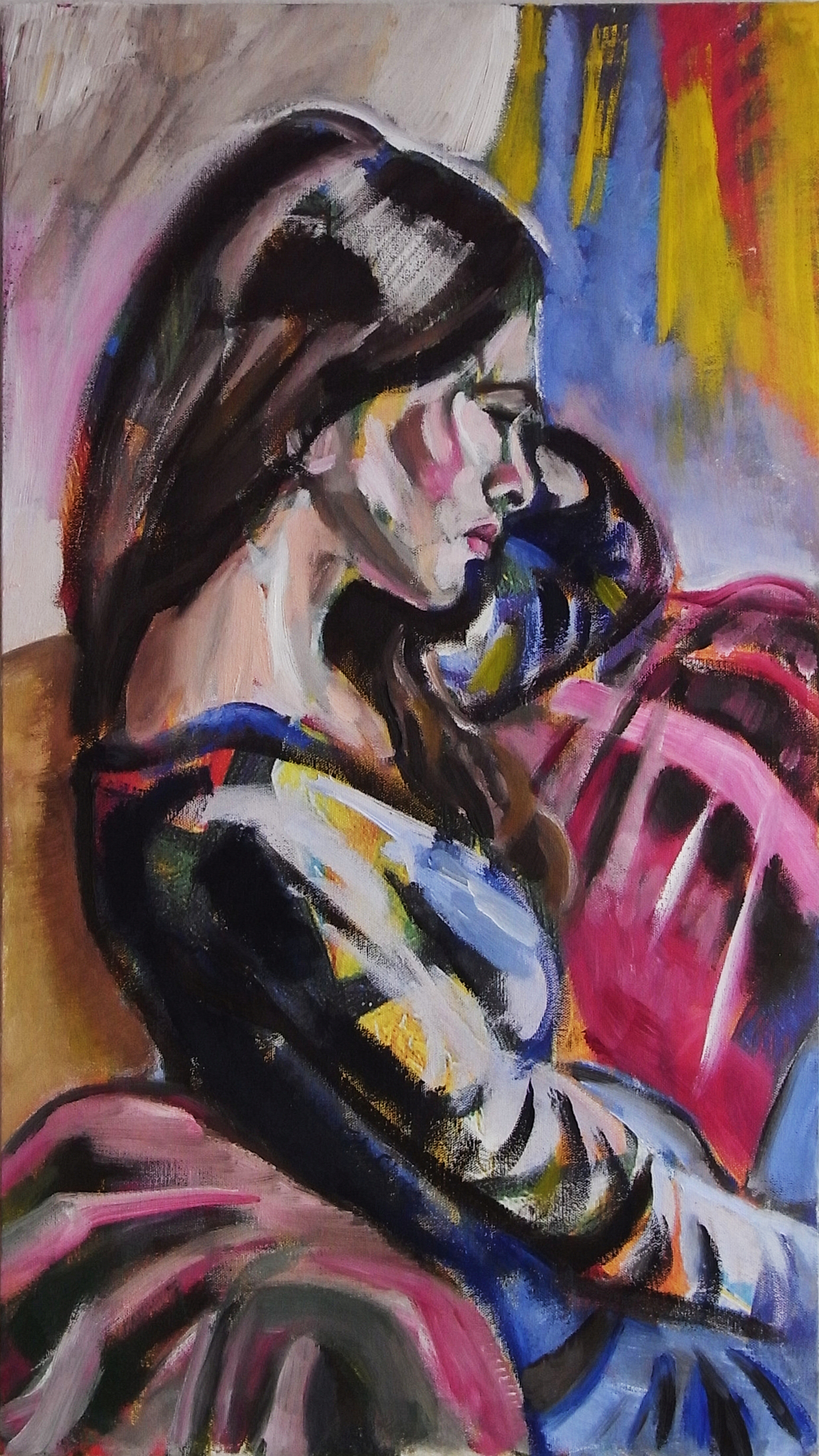 Continuing with painting over printed canvases, I did these two paintings on somewhat larger canvases – these are each 40cm x 70cm. The one on the left, of Vivienne was done in one two and a half hour session I spent two session doing the one on the right of Siri Chakti. As with the previous smaller paintings, there is not much left to see of the original print. In the painting of Vivienne, there is still some color showing through in and behind her hair and in her shirt and on her face, but in the other painting, the print is pretty much gone. Nonetheless, having a starting point of color to react to changes the way I put paint on the canvas. It feels less contemplative and more combative than starting with a blank or tinted canvas. The first strokes are faster and use more paint, and I’m less inclined to spend time mixing colors until later. I start off with a thick brush and often use it for most of the painting. As for now, I’ve mostly run out of printed canvases, but since I want to continue with the method, I plan to start out by painting some abstract colorful shapes on my next canvases before starting the portraits. I’m looking forward to seeing what comes of it.