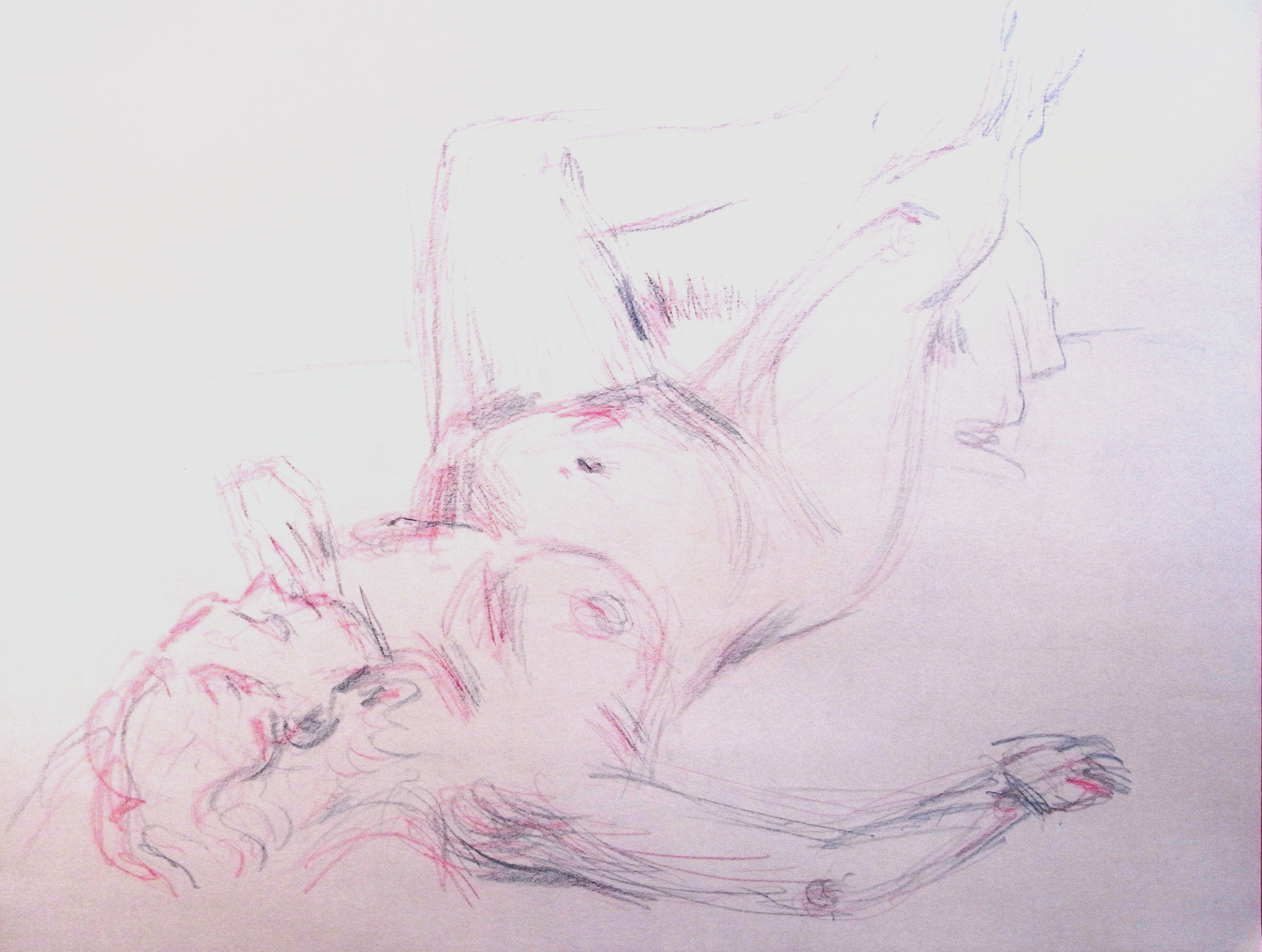 I’ve made a few drawings over the last month or so that I’d like to share, and interestingly enough, it was only after I had chosen the drawings to post and posted them that it occurred to me that many of them were the result of some sort of experiment. You can click on the images to see a larger version.

Lets start with the oldest one, a bold pastel drawing. Here I was less interested in getting a good likeness than making an expressive drawing.

Here is a more delicate drawing of a woman sleeping, and I guess I wasn’t experimenting much here, just trying to draw delicately.

Here are two seated nudes. The first is on a relatively small piece of paper, 28 x 35 cm, and my thought while drawing this was to just to stick to lines. I didn’t manage to do it consistently throughout the drawing, but the sense of line still dominates. In the second drawing, my focus was to avoid putting the figure in the center of the page. I like the division of the empty space and the figure.

Below is a small image of a woman curled up, where I wanted to focus more on the figure as a shape than as a body.

Here is one of a man reclining in an armchair, and I was interested in the sense of enclosure.

Here is a drawing I did holding two pencils. This is one that I wasn’t able to do justice to with my camera. It looks a bit like an image you would look at with 3D glasses:

By the way, I had a lot of difficulty photographing these drawings, but I have managed to find a feature in GIMP (tools > transformations > perspective, for future reference) that squares off the camera perspective errors and makes them look presentable, but even after doing color corrections etc., many of them still look much better on paper.

1 Comments on “Some recent drawings”